Feb 21 Posted by The Turn Group Dev Team in Blog 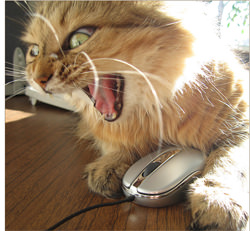 My phone rings and on the other end of the phone is a panicky voice. Melissa (name changed out of respect) tells me how they hired a local SEO firm to help drive traffic and increase page rank. She was blunt force honest with me and told me that she didn't always pay him on time and she told me on occasion when she didn't get her way she would insult him telling him that SEO guys are a dime a dozen and on occasion gave him unrealistic expectations. Though this kind of honesty is rare I just sat there and listened to her story.

She did tell me that he was occasionally late in calling her when he was supposed to and even sometimes he didn't get to her site in days. So between her threats and degrading comments and his lack of "on-time" response, they decided to part company and Melissa ended up doing a charge back on him.

I asked her the following questions to get a better idea of the situation:

Question: How many hours did he put into the project that you are aware of?
Answer: 56 hours

Question: You told me this happened several months ago, has your page rank increased?
Answer:Yes, by two points

Question: Did he get all the work done that you hired him to do?
Answer: No he did not

Question: Why did you do a charge back on him?
Answer: Because he did not get all the items done that I paid him for, he was slow and I got tired of his attitude. He came highly recommended to us and I cant believe this is what I got.

Question: How much did you pay him and how many hours where you supposed to get for what you paid for?
Answer: I paid him $3000 dollars and i was supposed to get 80 hours of SEO from him.

Question: So he basically was working for $37.50 an hour?
Answer: Yes

Question: How long did it take him to complete the 56 hours he did give you?
Answer: It took him about 3 and a half weeks?

Question: What was your page rank when he started:
Answer: We didn't have a page rank

Question: How long from the time he started to the time you got a page rank of two?
Answer: About 2 and a half months

Question: Have you experienced any other problems at all with him?
Answer: Yes, that is the reason I am calling. We are not sure what he did, but we have had an enormous amount of spam, over 200 hundred a day hitting our inbox and now when you Google our site, there are about 17 sites that are talking bad about our company, bad reports and bad comments. It has pushed us from page one from where we were for a short while to page 3 and we have lost all sales from our site. What do we do? 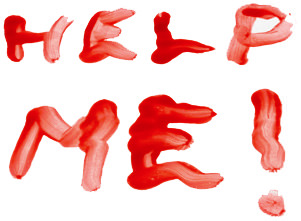 Melissa is the 7th person in the last year that has contacted The Turn Group because of similar situations to her story. I cant tell you how serious of a problem this is. From our perspective both the SEO firm and Melissa are at fault. As a web based company ourselves, building long-term relationships is the number one key ingredient to success. How this SEO company handled their client is appalling.

They should have been in constant communication with their client giving status updates, recommendations and setting the time expectations for results. Not getting back with Melissa is a BIG NO NO. If you all knew how many companies operated like this it would literally drop your chin to the floor.

However, Melissa was at fault too! By her own admission they did produce 75% of the work they agreed to do. He did help increase their page rank and overall hits to the site. Admittedly, they seriously dropped the ball on their customer service, however, Melissa decided to charge back the entire amount as if the SEO company had not done anything for her, which in this situation is not the case and it cost her dearly.

To build a good online reputation can take years to create, to destroy it can happen almost over night. Another thing that I noticed when asking her questions was his hourly rate. What Melissa and allot of other people do not realize is that as we progress to an online society, what separates you from your competition is the amount of money and time you put into your site. The more SEO work, the more money, the more research, the more articles that are published, are what make sites either succeed or potentially fail. Most SEO specialists charge $125.00+ an hour if they are any good. The second thing that I noticed about this particular conversation is her demeaning comments to her service provider. Though I do not condone the SEO Specialists actions (AT ALL), generally speaking there is always a cause and effect principle at play. Hence why this company sabotaged her business beyond repair for the most part.

In a world that demands politically correct personalities, comments and gestures, the truth is usually the smarter the developer, the decrease in social skills. Most geniuses are arrogant, have haughty attitudes and a well deserved chip on their shoulder. Finding someone that can deliver on what they promise, has the expertise in a certain niche and that has EXCELLENT customer service skills is about 2 in 10 ratio. Food for thought, when it comes SEO, its never a good idea to get services from an SEO Specialist and then not pay them. Its always beneficial to work out the differences the best you can and to pay for what you got and move on.

THE HARSH TRUTH and I almost hate to continue... but
As I mentioned before, this is the 7th person in the last year that have called us with a similar story. The company didn't deliver, the client charged them back, the company gets pissed and ruins their online reputation (most the time over night). How do you stop this from happening to you?

First and foremost, for those of you that believe in getting services first and then paying for them afterwards; that is not going to happen. For the most part, no company that I a familiar with works like that. You can't repo time. So if for some reason you don't like what is produced (sometimes it's not the service providers fault) sometimes it's yours. In some cases, you decide after they spent 40 hours, you didn't like what you got and you decide not to pay them. Possibly, they delivered exactly what you asked, you just didn't like it for whatever reason or it did not produce the desired return or result. There could be many reasons either their fault, your fault or no ones fault. This does not mean that person providing the service shouldn't get paid. All to many times, we get phone calls from individuals that were not happy with the end product even though the product that was produced met the expectations previously set. There is always risks, the service provider cannot always bear all the risk.

So how do you get around dealing with companies when you are not sure of the results?
Track record is a good indication of future services. Someone once said, (based on statistics that state most people don't change) "that your past performance is a good indication of your future performance." LOOK at their portfolio, ask to contact a couple of their clients, research what the company has done in the past. This is pretty good indicator of what they are capable of. Its not a bad idea to pay them 50% up front and the remainder at a specified date and time. Of course there are variables that will determine payout but that is how most respectable companies work. Set your expectations upfront and define the scope before they begin and limit changes during the process that would extend deadlines. Melissa went on to say that she had done this, she had researched their company, he was really good at what he did. Their other clients were happy. Why did he drop the ball on me? Well Melissa, in this case it appears that this specific individual had a chip on his shoulder, he was good and he knew it, which often times brings on the arrogance. Sometimes, you just have to deal with that (especially when working with individuals oversees). It just happens. Melissa also told me that she kept making changes to the scope, kept adding additional tasks to his plate. Again, not at all condoning what he did, but I am not condoning what she did either.

Rule of thumb: More often than not, when you are trying to find someone to produce for you a golden egg when you are only willing to pay for green beans, chances are you will get screwed in the end. If you want real results, most the time you have to pay a premium price to get them.